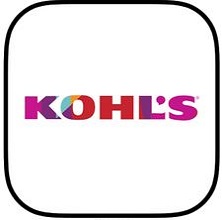 Can you believe that Black Friday is almost here?? I’ve teamed up with a bunch of other bloggers to bring you all the deals. Here are the deals and matchups from the Kohl’s Black Friday Ad 2015 thanks to My Frugal Adventures!

Kohl’s will be opening on Thanksgiving Day at 6pm for in-store shopping or online starting Monday 23rd. I believe they are going to stay open all night on Thursday and the doorbusters are valid through Friday at 1pm.

They will be offering Kohl’s cash- $15 for every $50 spent starting Monday 23rd and running through November 29th.

Here are the ad highlights that I can see – as always this is a HUGE ad with over 64 pages!

DOORBUSTERS (In store only):
*In the past these have also been online but we won’t know for sure until Monday 23rd.

DOORBUSTERS- In Store and Online:

You can check the rest of the 2015 Black Friday deals here.