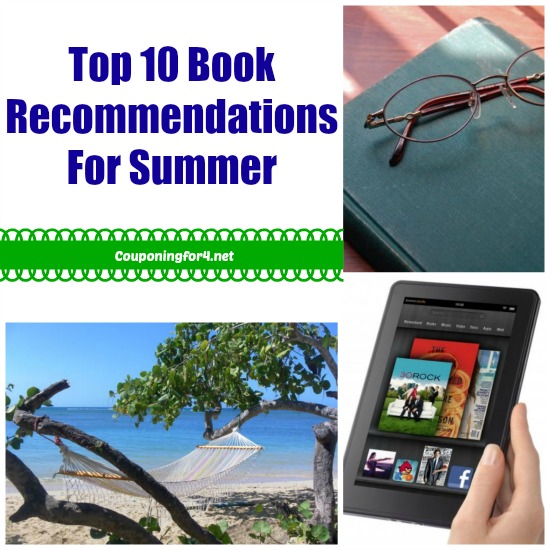 It’s summer! For some of us that means many trips to the pool, the beach, the zoo and to theme parks. It means no homework, a little more free time and extra time with the family – whether in town or on vacation. To me, it also means an opportunity to jump into books that are a quick read. I look at summer as that time of year where I want to read a good book, but one that won’t have me pondering the meanings and definitions for days on end. Those are for winter. Here is a list of my top 10 book recommendations for summer:

If we’re being completely honest, I’ve read most of these multiple times (okay, five of these books I’ve read three times each), but that’s why I buy the paperback. I know that some people prefer Kindle, but I enjoy the archaic, visceral feeling of holding a book in my hands and flipping the pages. That’s just me, but do what’s best for you! Happy reading!!