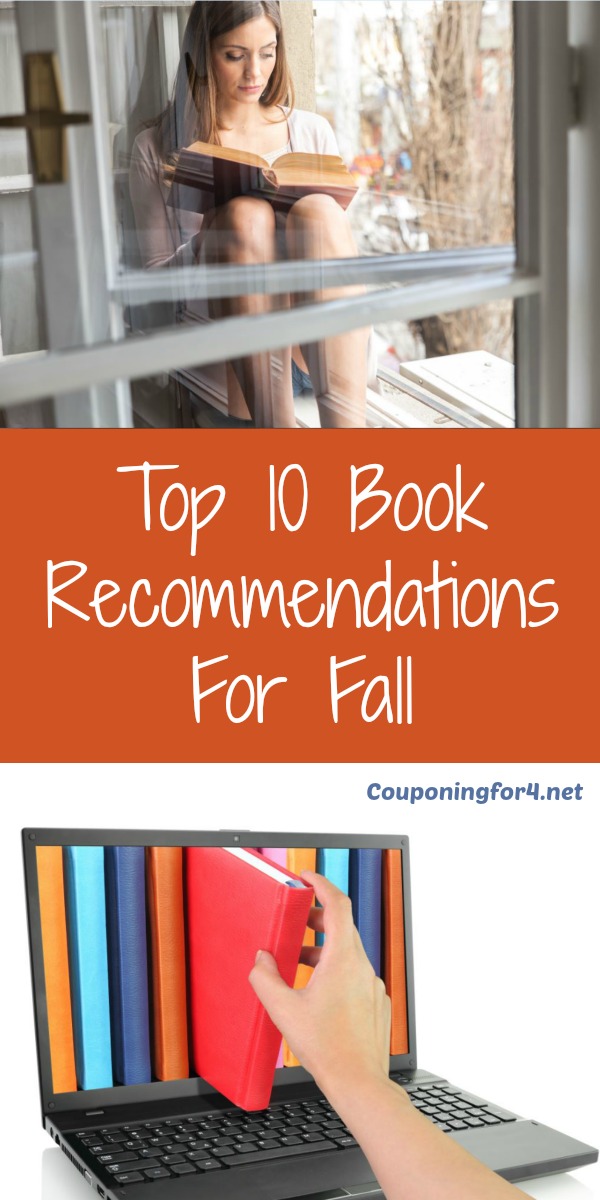 It’s fall and life is back in the swing of things for the kids! Whether you read before bed or while the children are in school, you have to have a great book on hand! Here is a list of my top 10 book recommendations for fall:

There is nothing like a good book to broaden your horizons! I know that some people prefer Kindle, but I enjoy the archaic, visceral feeling of holding a book in my hands and flipping the pages. That said, they’re bulkier and harder to take with you, so do what works best for you! Happy reading!!