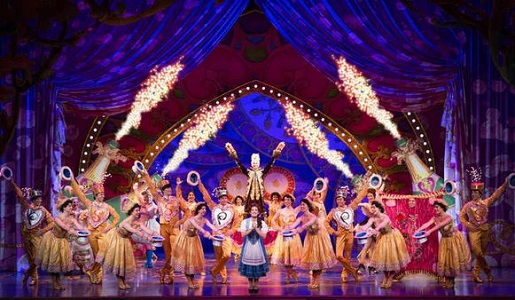 Disney’s Beauty and the Beast is coming to Chicago in May and if you want to get tickets, this is the time to do it! Goldstar has various shows on sale right now and they will sell out.

Disney’s Beauty and the Beast, the smash hit Broadway musical, brings its enchanting tale and Academy Award-winning score to Chicago’s Cadillac Palace Theatre. Based on the beloved 1991 animated film, this eye-popping spectacle has won the hearts of over 35 million people worldwide with the story of Belle, a young woman in a provincial town, and the Beast, who is really a young prince under a witch’s curse. Time is running out, and if the Beast doesn’t learn his lesson soon, he and his household will be doomed for all eternity. This musical love story is filled with colorful characters, lavish sets and costumes, and dazzling, show-stopping numbers including “Be Our Guest” and the unforgettable title song. Get your tickets first with this special Goldstar pre-sale.