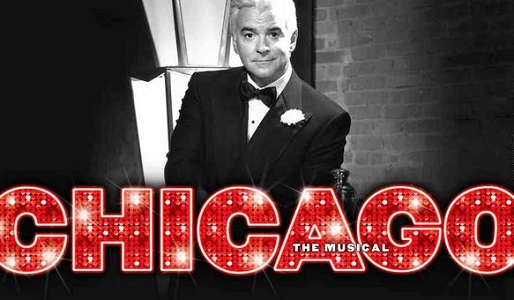 Calling all Chicagoans! Get some discount tickets for the Tony Award-Winning Musical Chicago right now! Prices are as low as $30 for several shows in May at the Cadillac Palace.

Chicago has everything that makes Broadway musicals great: sizzling songs, seductive dance numbers and a show biz story that packs a powerful punch. Set amidst the showy decadence of the 1920s, Chicago tells the tale of convicted murderers Roxie Hart and Velma Kelly, who’ll stop at nothing to get the attention of the press and celebrity attorney Billy Flynn, played by John O’Hurley (Dancing With the Stars, Seinfeld). Their malicious crimes turn them into media darlings, producing a barrage of sensational headlines. A smash on Broadway (winning six Tony Awards) and on the big screen (winning six Academy Awards), this biting satire features the unforgettable songs of Kander and Ebb, including “All That Jazz,” “Cell Block Tango” and many more hits. Enjoy all the musical razzle-dazzle when this stunning production comes to Chicago’s Cadillac Palace Theatre.